It’s mindless, messy and, when the next day you remember exactly what you did, potentially highly embarrassing. If we were talking about sex, then at least one could hope for an orgasm. With Holi, no such luck. Not in contemporary India, at any rate.

It’s one of the more inventive ways of implementing a public health policy. Once upon a time Holi was the festival that heralded spring and with it the revival of viral and bacterial diseases that had been hibernating through the winter. So you smeared coloured powder made with turmeric, margosa and other such natural elements which are known to be good antiseptics to beef up the epidermal layer’s bug-busting strength. The dousing each other with water and bhang were probably just the part of the publicity stunt to get folks to attend the event. It also makes me wonder whether at one point of time our society was less patriarchal. Think about it – if men could do whatever they wanted with women all the time, then you wouldn’t record and commemorate Holi for making it acceptable to paw and gawp at a woman. Either people engaged in this “frolic” because otherwise men got whupped if they tried to throw their weight around women or because Holi was the one day when people had a swinging good time because from our art there’s no doubt the women get into the act pretty actively. Let’s not forget, all these images of Holi showing Krishna with gopinis shows us a sexually-active boy in his late teens playing around with a bevy of married women.

A couple of millenia later, I’m hard pressed to believe anything of excitement happens on Holi partly because I suspect making out at a Holi party is like having sex on the beach. Great to see on screen and hell to actually engage in unless you’re ok with the itch of sand in every conceivable fold of your skin. Aside from the seductive crunch of coloured powder in your teeth, there’s the clothing which is really difficult to peel off because a) it’s seriously wet and sticky and b) you probably have very little limb coordination after all that bhang.

But then again, I haven’t the faintest. In all these years, I’ve attended only two Holi parties and it’s been two too many as far as I’m concerned. The first was when I was 18 and the second was yesterday. Some things stayed the same – it was an unholy mess, I was phenomenally ill-prepared for it and I emerged as sober and disgruntled as I had walked in. The first party had been in Kolkata where if Holi is anything more than a dab of colour on your cheeks accompanied with wailing singing and delicate dances, it’s barbarism. Bless. Most of the city was barbaric, predictably enough. Water balloons were flung at unsuspecting strangers as was cow dung, a really disgusting combination of kerosene and paint (which was black and possibly toxic) and if you were a woman, no prizes for guessing which body parts were favourite targets. Our little party was on a friend’s roof. Having never played Holi before, I thought I was well-sorted with a change of clothing which was made of sensibly thick material, moisturiser and oil to give my skin and hair a protective layer. Plus, I had on my nice bra because a guy I had a crush on was going to be there at the party and we were flush with the rosy optimism of youth. How my crush turned to dust at the sight of him running around a terrace, yelling obscenities with a black-purple-red-yellow-green face, while his wet t-shirt revealed man breasts that made me wonder whether he tapes them up when he comes to school is another story. But anyway, the point was, I wasn’t going to risk my nice bra turning splodgy purple. So I did the only thing I could – joined the fray without a bra. Did I mention the boys had gone up to the terrace about 20 minutes before us to stockpile water balloons?

Yesterday I felt a vague sense of déjà vu when I was about to enter a Holi party a friend had invited me to. For some reason, I’d thought that when people hit their thirties and forties, perhaps Holi is a more civilized affair. It isn’t. If anything, it’s worse. At least in your teens, you live in the hope that there will be more occasions in your life when you’ll be able to see a male/female body. By the time you’ve hit the post-twenties disillusionment, you figure this is probably your best shot at getting at least some visual treat without paying for it. So inside a bungalow in Juhu, two rich guys from the jewellery trade threw an exclusive party – only those with invites were allowed in – where everyone went with the flow. Literally. We had to wade into the party because about 150m away from where the action was happening, at the entrance, there was a pool of purple water that came above my ankle. Did I mention I was wearing (sensible wedge) heels and a white cotton dress? If another friend hadn’t loaned me his shirt to put on my dress, I’d have given Mandakini a run for her money.

If you like Holi, the party was a blast with an unending supply of good booze, great kebabs and lots of writhing, wet bodies dancing as only Indians can (i.e. really, really badly) to Bollywood music. The friend who had got me the invite told me there would be sprinklers at the party. What she meant by sprinklers was three men with three water pipes, standing on a roof, showering the drunk crowd below for at least 5 hours continuously. This in a city with severe water shortage. There’s entire neighbourhoods in unposh suburbs that get water for a few hours in a day; meanwhile starlets, socialites and random people like me were getting wet in fake rain. Few people knew each other and no one I know had any idea who the hosts were. Everyone seemed to have wangled an invite and come with the hope that the water would show off their best stats and the colour would hide their worst features. Women from south Mumbai came up to the suburbs to be uninhibited and get groped by someone outside their circle of familiars. Young actors and CEOs of daddy’s businesses came wearing white. The wet muslin kurta can be a pretty darn beautiful thing if you’ve got a nice chest. The problem is that it sculpts everything with a curve – pectorals and hard-ons – with equal fidelity.

There was apparently one woman who saw the party from the beach which is behind the bungalow and tried to scale the wall to subtly join the party. Most people believed she didn’t have an invite. I suspect she had a pedicure recently and was trying to save her shoes and her nail varnish. I wonder if Sivamani – famous Indian percussionist and, I suspect, a lunatic – roared at her and rubber red powder all over her face when they escorted the intruder out. He did that to us when we walked in and when we were leaving and I don’t know him from Adam. The last time I saw him he was on stage trying to play a steel dinner plate with a fork and spoon (a drummer playing drums is so passé, right?). Now here he was, exponentially increasing my risk of getting skin cancer and renal failure. Ironically, the festival that started with the intention of making people healthy now is played with colours that often have seriously dangerous chemicals mixed into them. God bless my protective layer of coconut oil. 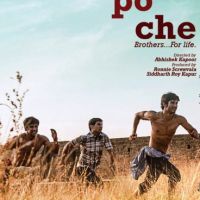