When a friend of mine was a sweet-faced 19 year-old, he and his college mates formed a band. Individuals seemed to become band members if they owned instruments (have drum kit but no sense of rhythm? be drummer and practice.) or if they could organise rehearsal space. This rehearsal space business was pretty curious because they weren’t rehearsing for anything. There was nowhere for six boys (or girls) with instruments to perform, unless it was for a college festival where everyone wanted covers of The Doors and Jimi Hendrix. Grounded in reality as my friend was, he named the band Seed. Then Seed recorded an album in the lead vocalist’s bedroom. They bought 50 jewel CD cases and then went out distributing them to all and sundry (this is what people did in the age before MySpace). It was a limited edition, they said. I got number 12 and felt well chuffed. Not because I thought they were going to be huge. Even if I had consumed all the alcohol in my father’s bar before or after playing the CD, I wouldn’t have had fanciful daydreams like that about Seed.

And that’s sad. Because people have distributed CDs which have not sounded like a self-pitying cat channelling Jimi Hendrix. Ezra Koenig of the Vampire Weekend sent out a CD to a chap who had written an article on the death of the short story (with a sublime sense of irony, Koenig also sent out a couple of short stories to the writer). I’m willing to bet when that CD was put in the player, members of the writer’s household did not threaten him with tortures that would make the Chinese police tremble.

This is supposed to be the boom-time for Indian indie music. I’m told there are record companies springing up – Blue Frog, Phat Phish and other amphibians – to support young bands. MySpace is our friend and YouTube is an ally. But where is the music? Most of the bands I’ve heard at places like Blue Frog attempt fusion, which means an awkward layer of electronic music added to traditional folk or classical styles (Da-Saz, for example) and for this we can probably thank (or lynch, depending upon your tastes) Bally Sagoo and Karunesh. Then there’s the attempt to sound like any other rock act by bands like The Sceptre whose music Time Out Mumbai recently described as “trash metal” (a Freudian typo for thrash metal, one suspects). It’s just depressing. In fact, it’s so depressing that going through MySpace looking for Indian indie music could make a suicidal person unsuicidal because you can’t help feeling good about yourself when you see and hear the cretinous creatures who are up there.

Plus, along the way, you might also chance upon beauties like a track called “Campus/ Bollywood” by Vampire Weekend’s Rostam Batmanglij (if he isn’t a fan of Marvel comics, it would be a real shame). It’s a magical version of the original song in Vampire Weekend‘s fabulous self-titled album (which had me throwing in the phrase “Kwassa Kwassa” randomly into conversation… “I’ve always felt his work was intensely Kwassa Kwassa, you know?” And people seem to nod their heads philosophically, thinking its French or Latin). Just in case anyone was wondering, there is no way to claim Batmanglij as Indian despite the Bollywood in the title. His fellow band member, Ezra Koenig, did holiday in India 2005 before the band had been formed; should have kidnapped him then). Sit back, enjoy the soaring strings and try not to think of the things that Bollywood has inspired in our tribe.

3 thoughts on “Base note” 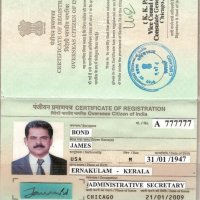