I’m trying this business of writing posts on the phone. The reasons I’m trying this are the following:
1. I’m sitting in a car, in a Bandra traffic jam (Holy Family is an unholy mess).
2. I’m stuck between two people who are squabbling with each other. They are a married couple in their late 50s-early 60s. She smells like a perfume store. He’s wearing a scratchy jacket. That’s what I have on either side of me.

So far, the topics covered are Life Insurance Corporation of India, expats, the superior quality of grapes in Mumbai, Mercedes and real estate. The old gentleman is slumping against me in a way that his elbow is digging into my waist like it’s James Franco from 127 Hours and I’m the rock canyon.

Anyway, that’s not why I’m typing on my phone. I’m typing because of this exchange.

Husband: Driver, turn on the AC.
Wife: What? There’s a cold wave in Bombay and you want the AC?
Husband: I’m not warm. It’s stuffy. Something smells.
Wife: What smells? There’s nothing to smell. I don’t know what you’re talking about. You’re just trying to hide you’re feeling hot.
Husband: Something definitely smells. I don’t know what it is. But it is.
Wife: Open the window then.
(Husband opens window.)
(Two minutes later…)
Wife: Driver, turn on the AC.
(Two minutes later…)
Husband: Something smells. Something definitely smells.
Wife: What’s smelling? What’s wrong with your nose? There’s no smell.
Husband: There is a smell. It’s stuffy.
Wife: The AC is on.
Husband: I’m pulling down the window.
(Two minutes later…)
Wife and Husband in unison: Driver, turn on the AC. 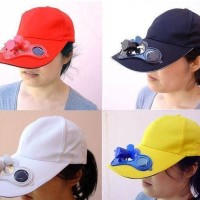