I think what I’m going to miss most about working in a newspaper is access to the wires (unless — please god pleasepleaseplease — the new job comes with wires subscription too). Wires are short for newswire, which is an organisation that has a fleet of journalists whose reports are supplied by the organisation to other media companies. So, when you “check the wires”, you basically go through reports coming in from different parts of the world via agencies like Reuters, PTI, AFP etc.

Trivia: The term newswire was actually coined because of Paul Julius Reuters, founder of the news agency Reuters. Reuters was a fascinating fellow and I’m amazed no one’s made a film on him. Converted to Christianity to marry the woman he loved, got kicked out of Germany because of his revolutionary politics, escaped to England and became a journalist, went on to set up Reuters. Anyway, that wasn’t the trivia. So when Reuters was a journalist — we’re talking late 19th century — news reports were sent by carrier pigeons. Reuters was the one who had the bright idea of using the newly-discovered telegraph technology to send his stories to the newspapers. That’s why they’re called newswires or wires. Once upon a time, it was literally the wire that gave you the news. 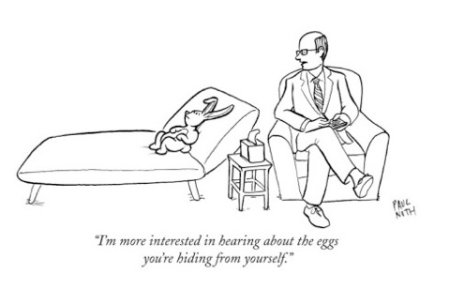 From the New Yorker’s Culture Desk

Coming back to the less literal wires of today. I love wandering through them because every now and then, it yields sparkling little gems of wisdom like this piece from PTI that I spotted yesterday whose first line read:

Union Law Minister Ashwani Kumar today said one of the reasons for not making marital rape an offence under the latest ordinance was that marriage is not deemed to be a contract in India, unlike in “other democratic countries”.

Speaking about the the recently promulgated Criminal Law (Amendment) Ordinance which amends laws related to sexual offences, he said “we have for the moment not included marital rape in the Ordinance for various reasons. One of them being that in our country marriage is not treated as a contract unlike in other democratic countries. However, when a wife is separated from her husband and if he sexually assaults her, then he will be booked.”

Do our politicians not hear themselves when they talk? Marriage is a contract in every country, democratic or otherwise. The bleddy institution exists on the fact that it’s a contract between two people or two families, as the case may be. But to say that marriage isn’t a contract in India, where so many marriages are still arrangements conducted between families and formalised by the exchange of valuable goods and money… I don’t even know where to begin. This is without getting into the fact that the basic premise of a marriage is that it is a contract.

Then again, he didn’t specify what marriage in India is, if not a contract. Given the minister belongs to a government that doesn’t believe marital rape as a concept, perhaps marriage isn’t really a contract. It’s more of a sale deed. “By entering this marriage, I hereby give up all rights to my body. By virtue of being a spouse, I accept you have the authority to use my body for sexual purposes at your discretion and will, without consulting my feelings or inclinations, till death do us part.”

“Law cannot be made or amended keeping just one case in mind. Laws have to be made in such a manner that it can endure in every case for decades. Laws must reflect contemporary realities of society and should help the country progress and not regress.”

Nothing wrong with these sentences. If only he’d noticed the irony in talking about laws reflecting contemporary society and helping the country progress while dismissing the idea of marital rape in India.

One thought on “Law and Behold”